It is with great sorrow and profound sadness that we announce the passing away of Mr. Alem Tadesse Haile on Tuesday 27 August 2019 at the age of 33 years.

After completion of secondary school, Mr. Alem obtained a B.Sc. in Agricultural Engineering at Haramaya University (with specialization in Soil and Water Engineering and Management) and a M.Sc. in Geosciences at the University of Oslo, Norway.

Mr. Alem started his professional career at the Tigray Agricultural Research Institute (TARI) and in December 2007 he moved to Mekelle University serving as lecturer and later as Assistant Professor in Water Resources Management. He was Head of the Department of Land Resources Management and Environmental Protection (LaRMEP) from 2015 till 2018. In 2018 he was selected as a PhD candidate within the “Ethiopian Education Network to Support Agricultural Transformation” (EENSAT) program, a collaboration between Faculty ITC and three Ethiopian Universities (from Addis Ababa, Bahir Dar, and Mekelle).

He successfully defended his proposal in March 2019 and started his first fieldwork period in Mekelle. During a recent EENSAT research coordination mission, field sites in the upper Zamra catchment were visited together and proposed locations to install meteorological and hydrological measurement equipment were inspected.

It was on one of these locations that Mr. Alem developed a heart failure and passed away in the afternoon on Tuesday 27 August 2019. Mr. Alem leaves behind his wife, Meri Weldu, his three-year old son Euael Alem, and his eight-month old daughter Mariana Alem, born while Mr. Alem was at ITC. He will be remembered as an intelligent, enthusiastic and hard working person. May God rest his soul in peace and give his family, friends and colleagues the fortitude to shoulder the sorrow.

On behalf of the EENSAT program: 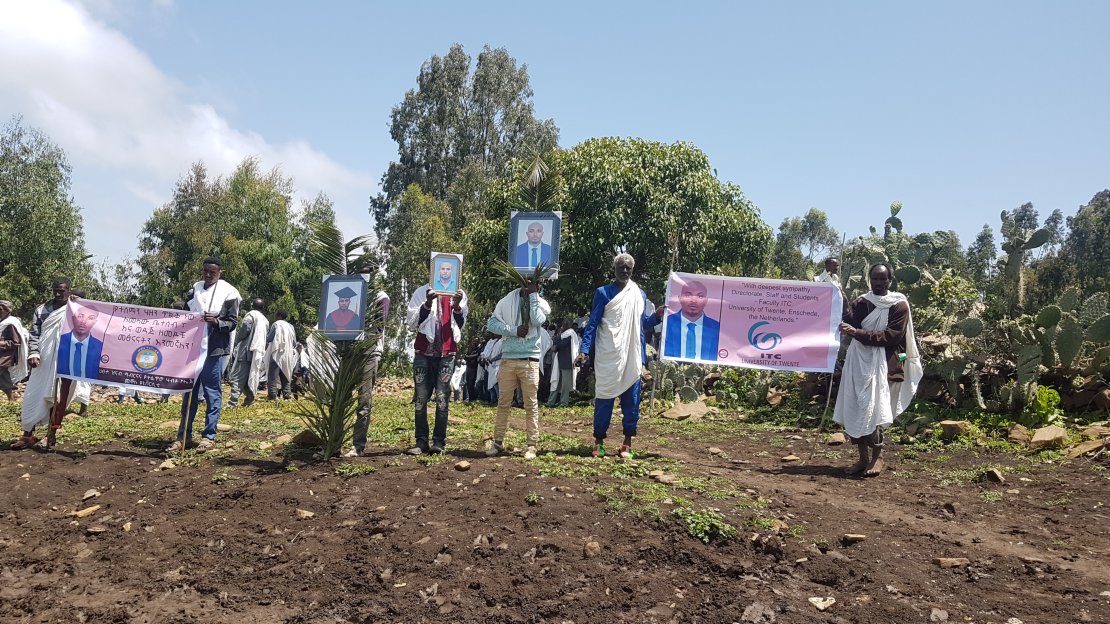 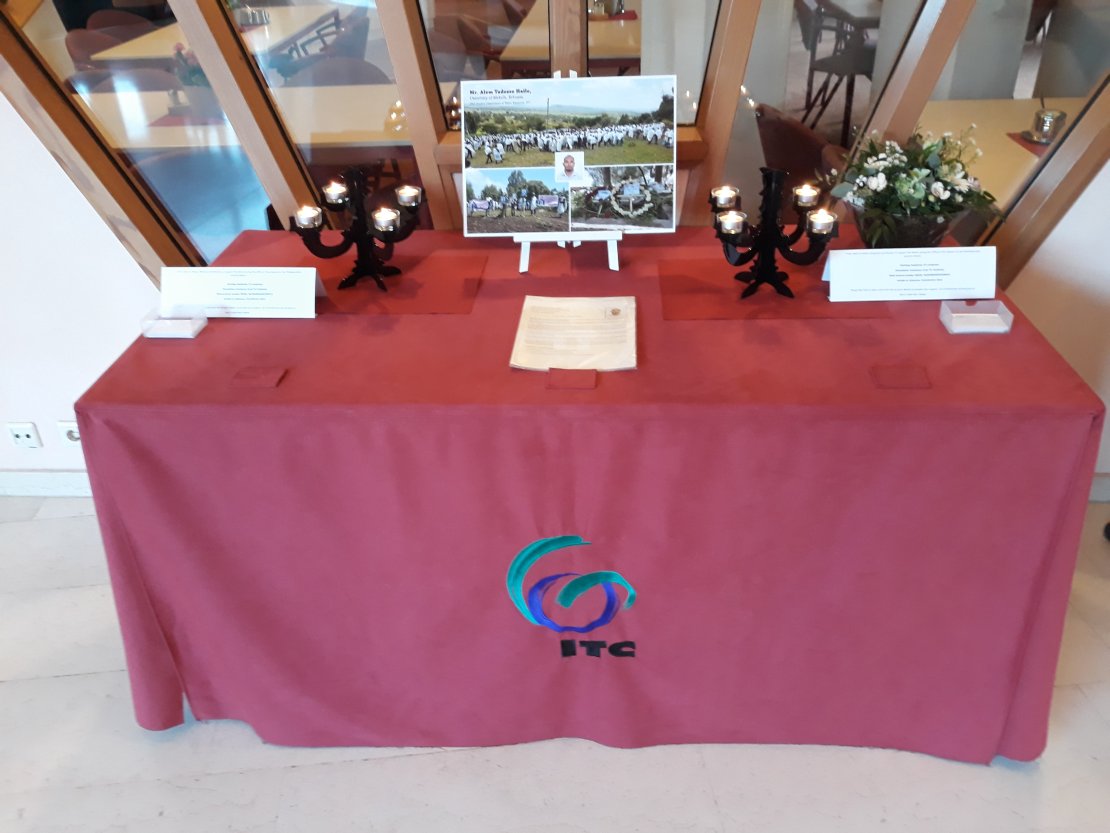